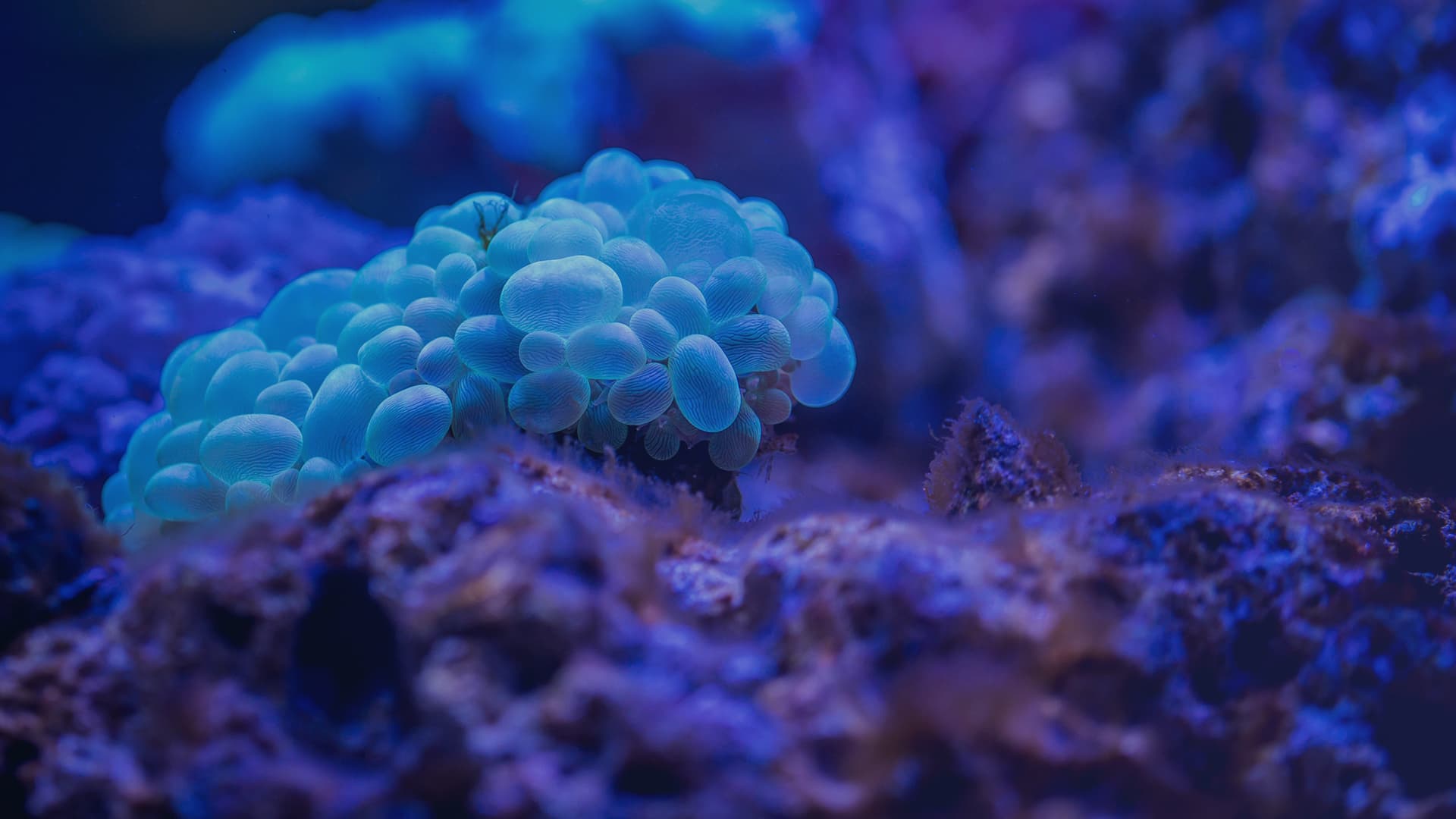 How a heart disease therapy is looking beyond stem cells

“An effort to bring to the world a truly transformative therapeutic strategy that has the potential to help millions.

Waking up from the stem cell dream:
How a pharma startup is leveraging
a novel strategy

Eulogized and romanticized in arts through the centuries, the human heart is a true biomechanical masterpiece. While it may certainly not provide a safe place for a loved one to stay in, it undeniably “keeps us going.” And the constancy with which this organ performs its functions, complemented by our lifestyle, makes it extremely vulnerable to various kinds of medical issues – from arrhythmias, cardiomyopathies, valve regurgitation, narrowing,  or  prolapse, to coronary artery disease, myocardial infarction and congestive heart failure.

It is therefore not surprising that heart disease is the leading cause of death in the US, UK, Canada and Australia, and one in every four deaths in the US occurs as a result of heart disease.

Our lifestyles, compounded by genetic factors, makes our hearts vulnerable to coronary artery disease (CAD) that can lead to myocardial infarction (or heart attack) that ultimately may lead to death or heart failure. Clogged arteries may cause heart failure and subsequent death.

Before the revolutionary coronary artery bypass surgery, or CABG, first performed in 1960 by Dr. Thomas H. Goetz, and subsequently popularized by a number of surgeons, CAD was a deadly disease with a high fatality rate. However, today CABG, along with PCI (percutaneous coronary intervention), have saved countless lives and continue to do so.
‍
While around 350,000 CABGs, on an average, are done annually in the US alone, PCIs account for more than 550,000 procedures per year in the US. Revascularization interventions are very successful in containing the extent of the damage and saving the patient’s life immediately after the injury. However, these procedures cannot reverse the tissue damage (scar) caused by the infarction, thus resulting in a progressive loss of cardiac function. This is compounded by our inability to regenerate cardiomyocytes. This means that the overall capacity of the heart as a whole is reduced, due to its reduced contracting ability, and it is not as effective as before in doing its job.

This leads us to the problem of how to achieve regeneration of the cardiac tissue to enhance the strength and capacity of the heart to pump better.

There is a crying need to come up with solutions that will help in not just restoring normal blood flow to the heart muscles but also help in restoring cardiac muscle function by regeneration of scarred/dead tissue. This is because traditional medical therapies are not able to fully address the burden of disease, which, in the case of the US, amounts to more than $200 billion every year (this includes cost of healthcare services, medication and productivity losses due to convalescence and death). Another major hindrance is the shortage of organs for transplantation – there are over 115,000 people on the US national transplant wait list.

The discovery of stem cells opened up a whole new vista of opportunities – from understanding the basis of diseases to testing new drugs for safety and effectiveness and, more importantly, in generating healthy cells to replace diseased cells (regenerative medicine). It is thus obvious that scientists have created, and are continuing to create, strategies to use stem cells to regenerate cardiac tissue as well.
‍
Stem cells are first harvested from a human host, cultured in vitro and reintroduced in the host. This often creates a problem:  stem cells may not behave as endogenous cells and have been shown to quickly die after injection.
‍
While strategies developed using mesenchymal, pluripotent and cardiac stem cells have shown some improvement in contractility of the heart, they are plagued by numerous side effects like severe cardiac arrhythmias, immune suppression and the risk of generating tumors. A few strategies have even failed to demonstrate any regeneration and had to be shelved.
‍
Another strategy involves the use of growth factors to kickstart regeneration of cardiomyocytes. Neuregulin, VGFA, FGF2 and human cardiosphere-derived cell exosomes are among the growth factors that have been used to regenerate heart muscle tissue. However, these strategies have failed to show any substantial effects and haven’t gone past the initial stages of development.

This is not to say that interventional strategies based on stem cells do not, or cannot, work. It means that we have still not reached the level of understanding of how to use stem cells in a manner that will unleash their true potential. In the meanwhile, we are still where we started with regards to cardiac tissue regeneration. Maybe, not anymore.

Why Regencor’s solution is special?

Regencor has designed two products, the EpicaPatch and MyoBeads, to regenerate cardiomyocytes after an acute myocardial infarction via delivery in conjunction with coronary revascularization procedures. Positive outcomes have been demonstrated in multiple pre-clinical studies (performed in independent sites) for these two products, including restoring ejection fraction to levels prior to infarction, significantly reducing infarct scar tissue volume, and remuscularizing the ventricular wall as a consequence of cardiomyocyte regeneration. Additionally, Regencor has begun development of a third product called Q-Beads, which targets the larger category of heart failure patients who have cardiac muscle tissue damage from prior infarctions.

While EpicaPatch and MyoBeads will be used in conjunction with, and injected/applied, during traditional surgical interventions, Q-Beads will be used as a systemic formulation that does not require revascularization for dosing.

So, what are these products based on?

Regencor has identified a protein secreted from mammalian epicardial cells, known as epicardial FSTL1, that drives degenerating cardiac muscle cells to proliferate. While the proliferation of cardiac muscle cells in the presence of epicardial FSTL1 has been well documented in vitro, it has also been observed in experimental pre-clinical animal models. The founders have determined that a specific hypo-glycosylated form of epicardial FSTL1, which is present in the healthy but NOT in the infarcted epicardium, is the driver for cardiac muscle proliferation in adult mammals allowing the regeneration of their hearts after injury.
‍
EpicaPatch, MyoBeads, and Q-Beads have been designed as three uniquely different biocompatible, biodegradable, sustained-release formulations of hypoglycosylated recombinant human FSTL1 protein. EpicaPatch and MyoBeads can be administered to myocardial infarction patients in combination with the standard coronary revascularization procedures. Q-Beads are to be used to address heart failure patients who have damaged myocardium, as well as those who have experienced a myocardial infarction some years ago that are at risk of developing heart failure in the future.

EpicaPatch has demonstrated highly effective cardiac regenerative effects in pre-clinical trials and the results were published in Nature and reviewed in reputed journals like the New England Journal of Medicine. When EpicaPatch was applied seven days after MI injury to Yorkshire pig hearts, the infarct scar volume was reduced by 50% one month after patch application. MyoBeads has also shown results similar to EpicaPatch in pre-clinical trials and trials for Q-Beads are underway.

It is no surprise then that one of Europe’s leading advisory services and corporate finance organization, Nodes Advisors, is backing Regencor’s efforts to bring to the world a truly transformative therapeutic strategy that has the potential to help millions.

“Nodes Advisors is the company of choice for scientists-entrepreneurs who are working on the cutting edge of biological technologies in a bid to find breakthrough solutions in a bid to advance humankind. Nodes Advisors provide life sciences and biotech companies with advisory and financing solutions as well as support throughout the fund life cycle.

With a highly experienced leadership team that has designed the innovative solutions, Regencor has also raised $8 million in funds and is in line to raise more through several rounds of funding.

Through its innovative product solutions, the company aims to facilitate cardiac regeneration and scar tissue reduction, ultimately improving cardiac function, decreasing long-lasting deleterious effect of heart attacks, such as progression to heart failure, and improving patients’ overall quality of life. With Nodes Advisors’ expertise and experience backing it, Regencor is committed to achieve its growth potential.